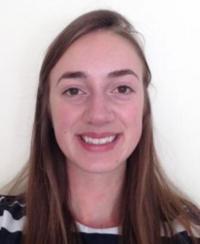 My research project considers gender differences in adolescent occupational preferences, in terms of how much and what kind of work young people would like to do. My first paper focuses on the work values and work orientations of young people in the UK from a longitudinal perspective.

I am interested in finding out at what age gender differences in work orientations become apparent and how stable these differences are over the schooling career and early transitions into the labour force. My second and third paper will consider gender-typical occupational preferences, for instance, the tendency for young women to opt out of science, technology, mathematics and engineering (STEM) professions. I will consider whether there are school- or individual-level factors that reduce this gender gap.

Before beginning my DPhil in 2015, I completed an MSc in Sociology at Nuffield College, University of Oxford, 2014-15 and an MA (Oxon) in Philosophy, Politics and Economics, at St Hilda’s College, Oxford, 2008-2011. I also completed the Associate Chartered Accountant qualification through the Institute of Chartered Accountants in England and Wales (ICAEW), during three years working as an auditor, 2011-2014.