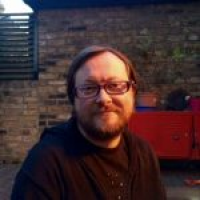 The concept of openness in education has increasingly become associated with digital technologies and practices. Since the coining of the phrase Open Educational Resources (OER) in 2002, and following an initial content-centric phase of research and development, there has more recently been a shift in the related research literature toward discussion of Open Educational Practices (OEP). Both OER and OEP have been posited as means to enhance and innovate teaching practice, as well as widen access to knowledge, both of which would appear to be core to the mission of public universities. Yet currently, it would seem that awareness of OEP amongst the mainstream of higher education staff remains low. The open education literature has already suggested that there are numerous significant barriers to the uptake of OEP, including lack of time, lack of reward or recognition, lack of institutional policy or support, and gaps in digital skillsets. The aim of this PhD research is to examine the issue from a different angle, by focusing on educators who have overcome or evaded such barriers, and found ways and reasons to engage in OEP. The core research question is what, from the perspective of practitioners, is the purpose and value of openness in education, and of their engagement in open practices.

Currently, I am a learning technologist, blended learning developer/tutor, and educational researcher in UK HE. Formerly I was a librarian and IT support analyst in the UK, and before that was a tutor in communication, media and cultural studies in HE in New Zealand and Australia. I am interested in how technology enables people and practices, academic literacies, open educational practices, and academic cultures. I completed a BA and MA(Hons) at the University of Waikato, New Zealand.