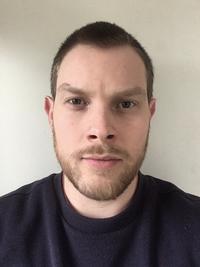 George studied his Batchelors and Masters degrees in the Anthropology Department of Goldsmiths College, University of London, after undertaking an Access to Higher Education course at Manchester City College. He played significant roles in the campaigns to inhouse cleaners and security guards at Goldsmiths College and at University College London (UCL), with the lessons learned from the workers who lead these campaigns forming the foundations of his research inquiry. He is a housing campaigner and organiser, playing an active role in the early days of London Renters’ Union, helping to launch its Lewisham Branch. His Masters research has led him to work with the Save Latin Village campaign in Tottenham, where the trader’s Community Plan directed him to pay close attention to grassroots counter-planning as a political strategy. He has presented papers on workplace organising at ASA19: Anthropological Perspectives On Global Challenges and Historical Materialism’s 16th Annual London Conference. He has worked as a Post Graduate Teaching Assistant/Sighted Support Worker at UCL, and as a Visiting Lecturer at The Royal College of Art, School of Architecture, delivering a guest lecture on outsourced worker organising.