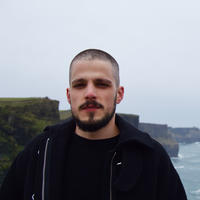 My DPhil project investigates the status and development of non-finite clauses in the early history of Slavonic. The question stems from the long-standing debate on the delimitation of native and foreign (mostly Greek) syntactic elements in Old Church Slavonic. In particular, certain non-finite clauses are thought of as essentially native constructions which have expanded their scope under Greek influence, while others seem likely to be outright syntactic borrowings. In my research, I will attempt to substantiate these claims quantitatively, assessing the relative importance of language-internal and -external factors in determining the distribution of such phenomena. Collaterally, I will exploit and enhance digital corpora of early Slavonic (mainly the TOROT Treebank), especially working towards their expansion with South Slavonic original texts