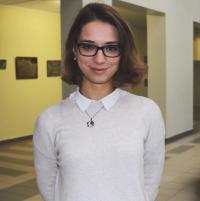 The main interest of my research is perceptions of the state held by the people living in the so called 'problematic' regions of the Baltic states, distinguished by the ethnic composition of their populations (with the majorities of Russian-speakers); the severe socio-economic situations; and the specific historical circumstances. The question being addressed in my project is how, in these particular regions, including Visaginas in Lithuania, Daugavpils in Latvia, and Narva or Sillamäe in Estonia, the image of the state is produced in everyday encounters with 'the state' through its institutions at the local level. My MPhil thesis examines the case of Lithuania, providing the basis for my further doctoral research in Latvia and Estonia.

My broader interests include manifestations of the Soviet nostalgia and legacies, their impact on nowadays post-Soviet societies; the specifics of mono-industrial regions and their survival strategies after the collapse of the Soviet Union; as well as the relations between national minorities and the new states in the post-Soviet countries.
Before coming to Oxford, I have studied Political Science in Vilnius University, Lithuania, and became a holder of the Lithuanian President Scholarship in the Area of Social Sciences. Already as an undergraduate student I have worked as a student researcher and research assistant at my previous University as well as outside of it.