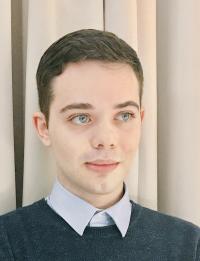 I am an MPhil student in Politics (European Politics and Society) at the University of Oxford’s Department of Politics and International Relations and St Antony’s College. My areas of interests include electoral behaviour, public opinion, party systems, political sociology and right-wing populist parties. In other words, I wish to investigate the determinants of electoral choices at a time when value conflicts - rather than conventional social cleavages - frame the political debate, and the way parties move strategically within these new political spaces. Whilst these themes lend themselves to a pan-European comparative perspective, I am also specialising in the politics of Poland, Czechia and Hungary.

Drawing on Weber’s conceptualisation of class and status as distinct principles of social order, my research project aims to demonstrate that the occupational distribution of support for the radical right is better understood as a status-based phenomenon rather than a class-based one. I intend to conduct a comparative study on a selection of European politics where the radical right is electorally competitive, using quantitative methods to operationalise ‘status’ and test its predictive power for voters’ preferences.
I graduated in Politics and International Relations from the University of Manchester, winning an Outstanding Academic Achievement Award and the Q-Step Prize for best quantitative dissertation.