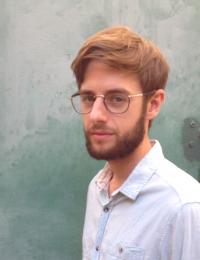 In  a  December  2009  Knesset  address,  Israeli Prime  Minister  Benjamin  Netanyahu  identified  three  major  strategic  threats  imperilling  the  State  of  Israel:  ‘the  Iranian  [nuclear]  threat,  the  [Hamas]  missile  threat  and  a  threat  I  call  the  Goldstone  threat’. In  2015,  Netanyahu  declared  that  Israel  was  ‘in  the  midst  of  a  great  struggle’against  the  Boycott,  Divestment  and  Sanctions  (BDS)  Movement—an  ‘international  campaign  to  blacken  its  name’  and  delegitimise  ‘our  very  existence’—while Israeli President  Reuven  Rivlin  characterised  BDS  as  a  ‘strategic  threat  of  the  highest  degree’. What  motivated  the  identification  of  these  forces  as  strategic  or  existential  threats?  What  consequences  did  this  representation  have  for  Israeli  politics? To what ends were these 'threats' mobilised? Finally, should  these  tocsins  be  interpreted  as  sincere  professions  of  alarm  or  as  public  diplomacy  driven  by  other  concerns?

These  questions  are  significant  for  scholars  and  political  actors  alike.  The  former  must  judge  the  extent  to  which  such  statements  accurately  reflect  Israeli  officials’  beliefs  and  hence  account  for  and  predict  their  behaviour.  The  latter  must  consider  them  when  formulating  political  strategy.

My  doctoral  research  will  take  the four  threats  cited  by  Netanyahu—Iran,  Hamas  rockets,  Goldstone,  and  BDS—as well as a fifth threat frequently adverted to by Israeli politicians—global antisemitism—as  case  studies  to  investigate  the rhetorical and institutional politics of  ‘existential  threat’ in  Israeli official and media discourse.

Other research interests include the politics of antisemitism, the role of human rights and international law in the Israel/Palestine conflict, and political theory.

I have degrees in Social and Political Sciences (BA, University of Cambridge), Intellectual History (MPhil, University of Cambridge) and Modern Middle Eastern Studies (MPhil, University of Oxford). I have worked professional as a book editor and researcher for Public Interest Investigations. A dual British-Israeli national, I have written about the Israel-Palestine conflict for publications including The Nation, Jadaliyya, Middle East Report, openDemocracy and VICE. I co-founded New Left Project, a left-wing media collective, in 2010. My edited volume Moment of Truth: Tackling Israel-Palestine's Toughest Questions was published in 2018 by OR Books. I maintain a personal website at jamiesternweiner.wordpress.com and I can be found on twitter @jsternweiner.