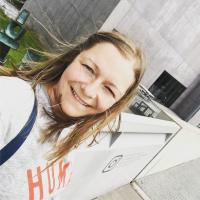 This PhD will use conceptions of citizenship to provide contemporary theorisations of the links between economic context, lawbreaking and gender. It will take a life history approach to describe, investigate and theorise the socio-economic, ideological and political conditions shaping women’s law-breaking, their subsequent criminalisation and their punishment. It will explore the socio-economic conditions in which lawbreaking comes to make sense to criminalised women in England and Wales in the early 21st century, and the ways in which they understand the criminal justice interventions they have experienced.

After 14 years working in a Social Research agency I left my role as Research Director in 2016 to focus on work as a freelance independent research consultant and my application for a DTP funded PhD. Within my role as Research Director I was responsible for the Social Policy Research team working with funders in the public and voluntary sector. I was nominated three times for the MRS Social Research and Public Policy award for effective research, winning this award for my work with young offenders and the cycle of offending. Keen to share knowledge and have an impact on decision making I regularly presented at conferences and appeared in the media on programmes such as the Sunday Politics Show and as an expert for the Guardian online. I have worked for organisations such as the Joseph Rowntree Foundation and Prince’s Trust in a freelance capacity supporting their work with the most marginalised. I achieved a Distinction in my Masters degree in 2007 from the University of Teesside and have volunteered as a youth worker and Trustee for my local CVS.