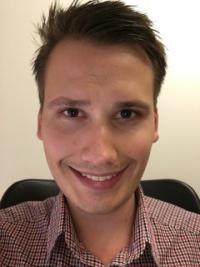 I am a DPhil student in Economic and Social History at St. John’s College, Oxford. My research focuses on the relationship between trade flows and trade policy in Germany between the World Wars. The goal is to show how the political economy of Germany determined the commodity-specific trade policy of the time and if and to what extent a shift towards a more protectionist trade regime in turn contributed to the breakdown of international trade during the Great Depression.

I have a BA degree in Philosophy and Economics at the University of Bayreuth in Germany, where I concentrated on political philosophy, development economics, international trade, and migration. I spent a semester abroad at the University of California, Berkeley where I took classes in Political Science, Philosophy, and Public Policy. I wrote my BA thesis on the role of shifting borders in contemporary international migration and graduated with distinction in 2014. I then worked as a high school teacher for Mathematics and English in rural Sri Lanka for a year before coming to Oxford for an MPhil in Economic and Social History, from which I graduated with distinction in 2017. My MPhil dissertation dealt with selection issues in transatlantic migration during the Interwar period. Through the course of my studies I won scholarships of the German National Academic Foundation and the German Academic Exchange Service. My DPhil scholarship is partly funded by St. John’s College, Oxford.